A Night of Politics and Comedy 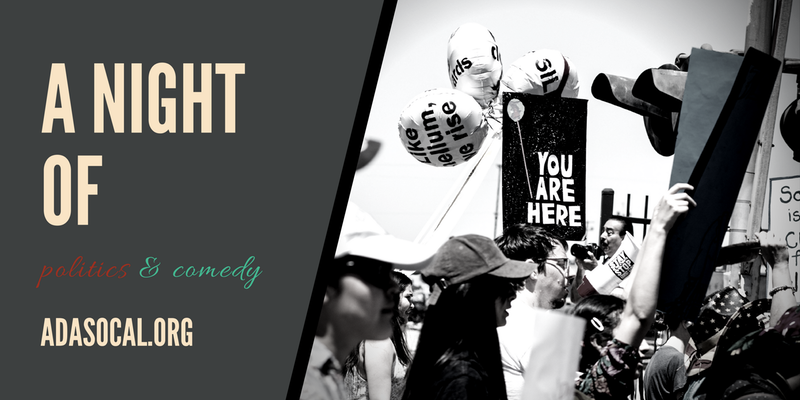 Sometimes Laughter Is The Only Answer

Headlining the event will be Jimmy Dore, star of “The Young Turks”, Comedy Central specials, his long-running Pacifica Radio program, and the break-out YouTube sensation “The Jimmy Dore Show”. Jimmy and his “Miserable Liberal” co-star Stef Zamorano - the Perspicacious Preceptor - will fill us in on the lighter sides of today’s darker events.

Greg Palast, the writer, director and star of the new movie “All the Democracy Money Can Buy” (based on his best-selling book) shares top billing with Mr. Dore. Mr. Palast, who not only is an investigative journalist (BBC Television, the Guardian newspaper, Rolling Stone Magazine, etc.), but plays one on television and in the movies, will share some of his most recent findings with attendees.

Being honored at the party will be “Bernie Activists”: activists, inspired by Bernie Sanders and his 2016 campaign for President, are entering the world of social involvement in a big way.

And to kick things off, the music of the Single Payer Singers will play some of their new YouTube hits. Their deviously clever political songs have been described as “the School House Rock of today”. And if the singers look familiar, it should be no surprise; they are all members of the satirical group The Billionaires, of theatrical and recording fame.

Food and dress will be casual. Drinks and good times will be aplenty. Progressive causes will have representatives “person-ing” tables with information on their respective activities and aims. And it’s all being presented as a fund-raiser for the Southern California chapter of Americans for Democratic Action. ADA was founded in 1947 by Eleanor Roosevelt, John Kenneth Galbraith, Walter Reuther, Arthur Schlesinger, and Reinhold Niebuhr shortly after FDR died. Its goal then? To keep the New Deal dream--its vision and its values of an America that works fairly for all--alive for generations to come

Say hello to your neighbors. Meet fellow citizens interested in a progressive America. Have some laughs. Enjoy another perfect day in a beautiful Santa Monica garden spot. And learn about what’s going on in our world and how you might be able to become even more involved.