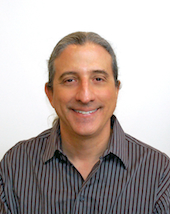 CLIFFORD J. TASNER: ADA SoCal president Clifford J. Tasner began his life of activism as an intern on the Mondale/Ferraro campaign while he was at Tufts in Massachusetts.  When he moved out to Los Angeles in 1987, he got involved with the Pro-Choice Movement, defending women’s clinics against attacks by operation rescue.  He writes and produces the songs for the political satire group, The Billionaires and works as a composer and orchestrator in the Film Music Industry.  He is serving as a delegate to the California Democratic Convention.  He has been a member of the ADA SoCal board of directors since 1999. He served as Chair of the Endorsement Committee since then and Secretary of the organization from 2001 to 2014.

JEFF BORNSTEIN is a liberal whose First Campaign was McGovern for President in 1972. Of late he ran for City Controller. He was the only opponent for City Council against Republican Dennis Zine in ’05 and ’09. He contributes $50 monthly to SCADA. He feels that the victory for Eric Garcetti this spring is so very important for the progressive community to have a chance at a real voice on issues that matter in the City. He looks forward to a better city.

LYDIA BRAZÓN was president of SCADA 2004-2009 and was a board member from 1995 to the present. She’s a local station board member of KPFK as well as the national Pacific Radio Foundation board. She’s the Executive Director of the Humanitarian Law Project. In 1982 she developed and executed the Hispanic Media for Gore Vidal's U.S. Senatorial race. In 1988 and 1990 she worked on Bill Press' Senatorial & Insurance Commissioner campaigns. She co-anchored a bilingual radio show on KPFK, and appeared on Café California, Javier Santana, and election roundtable on Telemundo.

PHILLIP KINOSHITA began his election activism after he met Jerry Brown in 1974. He worked for Democrats in Butte County from 1984 to 1991. He won a non-partisan election to arecreational district in 1988. He began in Southern California Politics in 1995. Worked as an alternate to the San Diego County Democratic Central committee. He has been a State Democratic Party delegate for 4 years. He was elected to the Democratic National Convention in 2000 as an alternate delegate. He has worked for Southern California ADA for around 8 years and has been a board member for the last 5 years. He is currently the President of the Southern California ADA Foundation.

SUSAN REIMERS: Degreed with a Specialization in International Relations (Diplomacy, Economics and History) and minor in Public Policy (Labor) from UCLA and Juris Doctor from Suffolk University Law School in Boston. Former Chair of the 42nd Assembly District Committee for the California Democratic Party (1997-98). Has held leadership positions with the Democratic Party and numerous Democratic clubs and community organizations both in Los Angeles and in the Greater Boston Area. Involved on Rock the Vote and numerous other candidate and issue campaigns over the years. Project Associate for Los Angeles County's 2012 Citizens' Commission on Jail Violence. Current Stakeholder Member of the Budget & Finance and Planning & Land Use Committees of the Echo Park Neighborhood Council.

JOHN SEELEY: Becoming a civil rights activist semi-accidentally (tired CORE protesters asked him to hold a picket sign just before angry police arrived), John hung in to work against LAPD abuses, joined SDS and many anti-Vietnam War actions. A co-founder of an alternative weekly in Santa Barbara (staff-owned & collectively managed), he came to LA to join LA Weekly, writing on politics and labor issues. Recently he co-edited Occupy LA’s short-lived paper and works with Occupy Fights Foreclosures. Active in campaigns from Jackie Goldberg’s to Bill Rosendahl’s and Marcy Winograd’s, he is a longtime member of SCADA”s endorsement committee.

RICK TUTTLE is currently active in a number of city election campaigns and is also active in the car wash unionization campaign and also works on behalf of the United Farmworkers. He was Los Angeles City Controller for four terms and also served as a member of the Los Angeles Community College Board of Trustees where he established the LA Labor Studies Center. While Controller he led the fight to abolish discrimination in the large, so-called private club of LA, and worked to strengthen LA's anti apartheid contract ordinance. He was president of the California Federation of Young Democrats. In the summer of 1963 was a civil rights worker in Mississippi and Georgia.

ROSALIE WAYNE taught in Los Angeles' inner city schools from 1970 to 1985 where she organized teachers and parents to put pressure on LAUSD to provide equal quality education and learning conditions and eliminate such inequities as overcrowding, and double sessions. She was the UTLA representative at her schools. In 1989 she became active in housing and development issues by organizing residents of her Mid City West neighborhood to have a voice in development issues that impacted their quality of life. She is an elected member of the Mid City West Community Council where she sits on the Planning and Land Use Committee. She has been an active member of ADA for more than 15 years.

GREGORY WRIGHT worked as a Congressional intern in Washington during the summer of 1969, researching environmental and foreign policy for a Congressman, and organized a statewide student environmental conference at Stanford University in November 1969 that helped lay the groundwork for the following year's first Earth Day. In this century he worked with Assemblymember Paul Koretz and Secretary of State Kevin Shelley in 2002-03 to create a new simple check-off box on the California Voter Registration form enabling any Californian to become a Permanent Mail Voter.